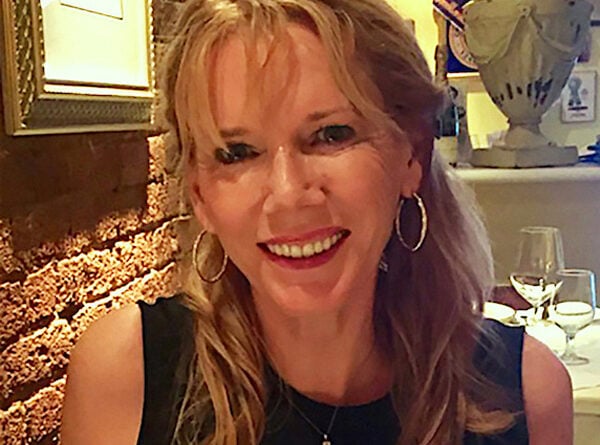 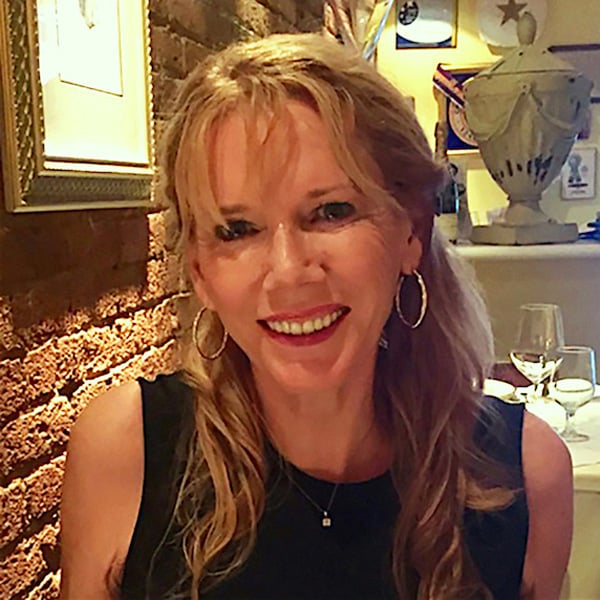 Migraines are more than just a headache — they are a global health issue. 30 million people are directly affected and migraines cost employers $13 billion every year in lost worker productivity. That’s more than diabetes and asthma combined. For many sufferers, attacks are completely debilitating and can last as long as 72 hours.

Unfortunately, the Migraine Research Foundation estimates that the majority of migrainers never seek medical treatment. That may be because the medications involved can cause side-effects worse then the original migraine. That leaves natural remedies for migraines – like neurofeedback.  Dr. Sue Brown is among those people (women are 3 times more susceptible to the condition) who has lived with severe migraines all her life. Fortunately, she’s also an inventor and brain training expert. Brown didn’t co-found NeurOptimal® Neurofeedback specifically to address her migraine symptoms, but employing her own neurofeedback system for that purpose has transformed her life.

We recently asked Brown about her personal experience with migraines and how brain training with NeurOptimal® neurofeedback has helped free her from the frequency of migraine attacks and made her less reliant on medications.

NO: Can you talk a little about your personal history with migraines?

DSB: My first migraine happened when I was 19. I was a trainee nurse at the time, at St. Bartholomew’s Hospital in London. During one of my shifts I realized I could only see half the ward. The other half of my vision was a blank, interspersed with some zig zag lines. I was terrified. I did not know what was happening, and thought I was going blind. In true British spirit of “keep on keeping on”, I completed that shift without letting anyone know what was happening. I quickly learned that what I had was actually a migraine.

They have continued in different forms, until today. I have variously had “silent migraines” when I would just get the visual phenomenon but no pain, classic migraines (pain with the visual accompaniments), and common migraines with just the pain. I might also experience nausea, but many times not. Pain levels would vary from a constant low-grade background to absolutely intolerable, and it could escalate rapidly and without warning. I remember times when I was alone and with unbearable levels of pain, alternating my migraine medication with OTC products, and alternating those (such as Tylenol and Advil) in attempts to get the pain down to a tolerable level. The migraine medication of the time would make you very drowsy, plus often contained other substances like codeine that themselves could make you feel quite ill.

NO: How have migraines shaped your life?

DSB:I always made sure I had my medication with me. I never went anywhere, ever, without it. So in this way, as well as planning of events and my life generally, I always had to consider the possibility that I might get a migraine. And a lot of my attention was on avoiding things that I knew could trigger them. Sometimes. It was never a truly predictable cause and effect, which made it challenging. But I knew to be careful around red wine (and alcohol generally) chocolate, perfumes or petrol fumes. I knew I was more likely to get I the day after a big stress rather than during the stress itself (like exams). I knew I was more vulnerable during certain hormone cycles. But it was never a sure thing. If I was “headachy” as I would call it, then any one of these things could tip me into a full fledged migraine.

Seven out of seven days I experienced pain of some kind. And several times a month I would have the intense pain of a major migraine. And sometimes one migraine would last more than a day. It was very rare that I wasn’t feeling something.

In fact, there is a funny story about that, when I first met (NeurOptimal® Neurofeedback co-founder) Dr. Val Brown. He was teaching a course on the use of the first neurofeedback system I owned, and I was in the class. We all got to hook ourselves up and run a session. When I did, he looked at my EEG and asked me, due to what he was seeing, if I had taken any medication that day. I said no, nothing. It was only later in the day during a practicum, I was lying on the floor with my eyes closed, trying to block out the painful light and noise of the classroom, when I suddenly had a realization. Not only had I taken medication that day (my heavy duty migraine medication) but I had also been taking OTC as well. It was such a usual scenario for me though, that I blocked it out and it did not come into my consciousness as having especially taken anything when he asked me. It was just my normal life.

NO: Please talk about your migraines in the context of NeurOptimal® Neurofeedback.

DSB: Because my specialty was Behavioral Medicine, as a Clinical Psychologist, I had the opportunity to utilize various technologies that could help with migraines, such as biofeedback. I was extremely well trained in relaxation procedures as well as a variety of coping strategies. And I used this knowledge professionally for years, running various stress management programs and groups for migrainers. The technologies allowed us to cope more effectively with the pain or disability one had, but did not necessarily impact directly on the disorder itself. So I could teach people how to take their medication they needed to get maximal effect, rather than taking a lot more with minimal impact. We would see people using less medication and managing their head pain more effectively. But they still had migraines, and still had to cope.

When I entered the neurofeedback field, I owned and worked extensively with three other neurofeedback systems [that did not reduce my migranes] before we developed NeurOptimal®.   In fact, I had to be very careful not to induce head pain in myself or others when using a frequency called beta (15-18 Hz). This was known to trigger head pain in susceptible individuals, as well as a multitude of other symptoms. But I never liked using it. It produces a narrow focus of attention (which is why it is still used today by other systems to improve attention), but that narrow focus comes as an effect of triggering the stress response. When you see a tiger coming out of the jungle at you, you narrow your focus of attention to deal with the threat. So systems that up-train beta are inducing the stress response in our young people to help them focus better!

One of the early benefits of the NeurOptimal® brain training toolbox that I had to play with was having a broad range of frequencies to work with. Other systems were very limited in this regard. Also, because of the way we looked at the data (in the Matrix Mirror), I could see the effect on the brain of what I was doing, long before the client would feel it. So I could shift what I was doing in response to what the client’s brain was showing me. I discovered the benefits of working with many frequency bandwidths that no one else was using. And I learned how the effects of training one bandwidth is balanced off by training another bandwidth, and so on.

I discovered that there are other ways to get the benefits of increased beta, without training it directly and without the downsides. That led, over time, to what we do today with NeurOptimal®. The brain naturally balances itself moment by moment by working in multiple bandwidths all the time, so you cannot over-train in any one frequency.

Of course, while developing the ways we work today, I was doing a lot of my own training. I noticed I was going longer and longer in between major migraine episodes. I was getting fewer, and when I did, they were over much more quickly. I remember the first time that I went out without my migraine medication- I just hadn’t thought about it! I have gotten to the place where I rarely get them. I went to refill my prescription a couple of months back, and learned I hadn’t filled the prescription in over a year and a half!

NO: Are migraines the reason you co-founded/co-created NeurOptimal®?

DSB: No, it wasn’t actually. What motivated me was my frustration with interventions that required a lot of effort on the part of the individual involved, yet delivered so-so results. So take Agoraphobia for example. The client has to learn how to really relax with a variety of relaxation and breathing techniques. Then we would construct a hierarchy of situations they would like to be able to manage (so a list of situations starting with the easiest ones and leading up to the hardest) and they would start going out into those situations, trying to relax when they were feeling the most terrified. They would have to keep practicing the relaxation skills to keep them honed. And keep going out into difficult situations otherwise it would just get worse again. It all took so much effort. And, when all was said and done, they would tell me they are doing better in that they are going out more than they were before, but that they were still anxious! Once I had NeurOptimal®, I did not have to train them in relaxation skills (that all was taken care of naturally by the brain training). And we didn’t need a hierarchy of difficult situations for them to expose themselves to. They were naturally feeling much less anxious and did the things they wanted to, without my setting it up in therapy for them! They weren’t anxious any more, so the other aspects of their lives just fell into place. So I wanted to create a method of training that worked without any effort from the person, and that lasted! It sounds very unrealistic. And yet, we have it:)

NO: What are some of the specific ways in which brain training with NeurOptimal® helps to mitigate your worst migraine symptoms?

DSB: I find it takes a much bigger stimulus to throw me off now. So if I am traveling (cabin pressure changes, dehydration), unslept, and then have an alcoholic drink on top of that, it could trigger one. But it’s not often.

NO: Scientifically, what is behind NeurOptimal®’s success with migraine sufferers?

DSB: Migrainer or not, if someone comes to me for brain training, I feel pretty comfortable saying I would expect to see a reduction in the frequency, intensity and duration of whatever it is they want help with. And when their “ouch” does happen, it’s easier to come back from it. It evens you out. The reason for this is that NeurOptimal® is helping your brain know when it is becoming unstable by going too far “out”. Your brain uses that information to bring itself back. Then increasingly it stays within those positive boundaries, becoming more flexible and resilient. And the more it does that, the fewer symptoms one has, of anything.

PLEASE NOTE: our offices, including ZenConnect, will be closing at 12PM EST on Friday, January 27, 2023, for Team training.