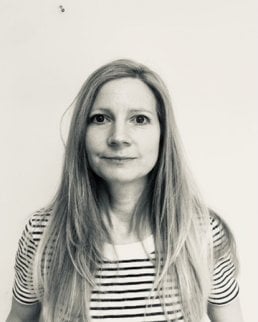 I've worked in advertising for most of my career, helping blue chip Clients build award winning campaigns and drive sales of product across the Globe. It was a hard slog on the agency side but I thrived on the fast pace and the tough deadlines that kept us on our toes and out of bed. That was until I returned to work with a baby and realised my whole perspective on life had changed. Being a Mum came with huge expectations, just like the Clients I worked with who were equally demanding. Like many Mums I was pulled each way, working late into the night to make up for time i spent putting my son to bed, and beating myself up with guilt for not being around at times when he needed me. The stress of juggling both and striving to be on peak form continuously built up over the years and I began to feel very low. I had permanent headaches and my memory was shot. I worried about everything and stopped sleeping. My productivity at work was declining rapidly so I finally decided to hand in my notice and put my career in the hands of the universe.

Interestingly the universe brought the pandemic! Forced to stop and look introspectively I reached out for help and was introduced to NeurOptimal® Skeptical at first, but ready to try anything I gave it a shot and was surprised by the results. After just a few sessions I began to feel lighter and able to think more clearly. By 10 the headaches had begun to lift and I started to feel a whole lot better - physically and mentally. As I continued I felt more positive, calmer and far less anxious. My confidence returned and I was able to focus and plan proactively for the future for the first time in a long time - and I knew I wanted to share this with the World.

And that’s when BrainFiT® Consultancy was born! At BrainFiT® we’re passionate about the vast range of benefits that training with NeurOptimal® can bring, and the positive impact it has on so many lives - not just the users themselves. And because it’s safe, effective and so easy to use - it's accessible to those who really need it.

The UK is a relatively new market so we’re working hard to spread the word about neurofeedback - and NeurOptimal® with its superior technology, inspiring testimonials and vast range of benefits is the perfect partner to do this with, so we’re very excited to see what the future holds!

Hear what clients have said about working with Louise!

You must be logged in to submit a review.

There are no reviews yet. Be the first one to write one.

*All testimonials are provided by verified buyers