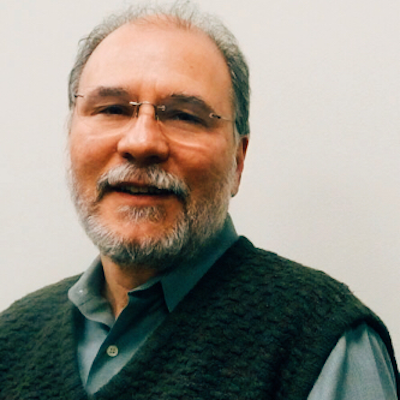 Dr. Ed O’Malley will put you to sleep. Not because he’s boring, but because he is very good at what he does.

Dr. O’Malley has been board certified in sleep medicine for fifteen years and an insomnia sleep researcher for the last twenty. He holds a Ph.D. in neurobiology and is one of the nation’s leading experts in sleep medicine. He is also a certified NeurOptimal® trainer. For many years now, Dr. O’Malley has seamlessly incorporated neurofeedback with more traditional techniques to help resolve insomnia issues.

We recently caught up with Dr. O’Malley at the NeurOptimal® Research Conference in Palm Springs. He was presenting findings from his recent study in which he measured neurofeedback’s effectiveness for normalizing sleep disorders like insomnia.

NeurOptimal®: You’ve essentially dedicated your entire career to sleep. How did that happen?

Dr. Ed O’Malley: My graduate work was focused on brain studies in lab animals and I really wanted to get back to working with humans. I needed a job and one opened up at NYU. They actually wanted a brain mapper, but they told me there was a catch. “It’s a sleep disorder lab”.

NeurOptimal®: So you didn’t originally intend to go into sleep medicine?

Dr. Ed O’Malley: No, it was just the way things happened. But I saw it as a great opportunity to incorporate brain mapping with sleep disorders

NeurOptimal®: And then you were recruited by one of the best teaching hospitals in the country.

Dr. Ed O’Malley: Yes, after my stint at NYU, I was recruited by Norwalk Hospital in Connecticut to become the director of their insomnia lab. Norwalk is a teaching hospital for Yale and it’s where I became board certified in sleep medicine

NeurOptimal®: What was the expertise they recruited you for?

Dr. Ed O’Malley: Two-fold: Bringing the lab into the 21st century by computerizing and utilizing the latest technology. The second: insomnia. It’s kind of been my specialty ever since NYU. Most people being treated for sleep issues suffer from sleep apnea, and that in turn drove me to look more closely at insomnia. I saw that at the time, no one was doing much with insomnia.

NeurOptimal®: Your background seems like it’s based in fairly traditional medicine at a top teaching hospital. Why did you decide to incorporate NeurOptimal® neurofeedback with more traditional therapies for insomnia?

Dr. Ed O’Malley: As I mentioned, I was already familiar with brain mapping. I went to a conference in Palm Springs that was based on the idea of using the brain’s own feedback to help it operate more efficiently. There was one day devoted to “newbies”. We were all watching a presentation during the circadian dip time of day (the body’s biological sleep clock) when (NeurOptimal® co-founder) Val Brown walks out dressed in jeans, looking very relaxed. He showed us a neurofeedback system he created that didn’t require protocols like other systems.

NeurOptimal®: Why was the lack of protocols so important?

Dr. Ed O’Malley: Val was working from the assumption that the overall pattern of brain activity is non-linear. Some brain mappers like myself know this to be true. Protocol-type neurofeedback systems are prone to problems because they try to go in and clamp down one small part of the brain. That’s basically a losing proposition because it’s virtually impossible to change one region of the brain without changing all of it. When you try to do that, you’re basically not speaking the brain’s language.  Hyper arousal, for example, (underlying most insomnia issues) is a wide brain parameter. It can’t be localized to any one part of the brain. From my point of view, Val was the first person presenting that day to say, “Let’s deal with the brain holistically”.

NeurOptimal®: Did you demo the system while you were there?

Dr. Ed O’Malley: Yes. In fact, I would have bought a system right then and there, but I had to get approval from the hospital first!

NeurOptimal®: So then you bought your first NeurOptimal® system specifically to use in the Norwalk insomnia lab?

Dr. Ed O’Malley: Yes, and then we eventually expanded to a half a dozen systems and were running 100 sessions a month at the insomnia center.

NeurOptimal®: You returned to Palm Springs for the NeurOptimal® Research Conference this year to give your own presentation. Tells us about your research for that project.

Dr. Ed O’Malley: I presented findings from a research study I did that incorporated NeurOptimal® neurofeedback with behavioral therapy for insomnia. We found a couple things that were very interesting; first, on average it took only 15-16 NeurOptimal® sessions to resolve our patients’ sleep issues. We also found that the neurofeedback training helped our subjects tolerate the standard cognitive behavioral therapy much better.

Dr. Ed O’Malley: On average they were getting only about 30% of the optimal amount of sleep per night and they typically took up to an hour or more to fall asleep.  Many were taking sleep medications. Since the insomnia population overlaps heavily with anxiety and depressive disorders, some of our patients were taking anti-depressants and anti-anxiety medications as well. We left them on their medications while immediately starting them on the neurofeedback.

NeurOptimal®: How effective was NeurOptimal® neurofeedback in resolving your patients’ sleep issues?

Dr. Ed O’Malley: Traditionally, insomnia is considered “cured” when the patient is brought up to 85% of normal sleep; but honestly, that is still not a normal level of sleep. Almost every one of our patients by the end of the testing fell within “real” normal levels of sleep. They were all falling asleep within 15 minutes, which is also considered well within the normal range

NeurOptimal®: What about all those test subjects taking medication?

Dr. Ed O’Malley: Everyone decreased their meds. By the end of the study, 90% of them went off their meds completely. Some decided to stay on their meds, but their sleep still improved.

NeurOptimal®: How widespread is insomnia within the general population?

Dr. Ed O’Malley: According to the American Academy of Sleep Medicine, more than 35% of people are struggling with some kind of sleep disorder. That number probably reflects the effects of the recent economic crunch.

NeurOptimal®: What other factors contribute to insomnia?

Dr. Ed O’Malley: Sleep therapists talk about the “Three Ps”.Physiological factors: some people are just wired a little hotter and are more prone to sleep problems. Precipitation factors: external things like stress, divorce and job change. Perpetuating factors: these are trickier because they seem external but really involve internal factors as well. Basically, these are the behaviors that we ourselves initiate that end up perpetuating the problem.

NeurOptimal®: What would be an example of a “perpetuating factor”?

Dr. Ed O’Malley: Lying in bed for several hours, trying to fall asleep. The problem with that is the brain starts to associate your bed with things that aren’t falling sleep; like frustration, stress, concerns of the day, etc. So, continuing to lie there awake actually makes the problem worse.  If you can’t sleep, it’s actually better to get up and do something distracting until you feel like you can.

NeurOptimal®: From your point of view, what is the most negative effect of poor sleep?

Dr. Ed O’Malley:  Insomnia becomes a vicious cycle. The less we sleep, the more we think our sleep is broken. As we lose control of sleep, we become less able to deal with stress, which then further hinders solid sleep.

NeurOptimal®: What is a common misconception people have about sleep?

Dr. Ed O’Malley: The most important aspect of sleep is not bedtime; it’s wake time. The time when you wake up in morning basically sets the time when your brain will “turn off “ at night and allow you to sleep.

NeurOptimal®: Do you have any advice for someone struggling with his or her sleep?

Dr. Ed O’Malley: Don’t go to bed too early; it won’t work. And most importantly: take time during the day to de-stress.

NeurOptimal®: And how is your sleep?

Dr. Ed O’Malley: Great. I take my own advice and follow doctor’s orders.