No One is an Island: Brain Training and Family Systems

No One is an Island: Brain Training and Family Systems 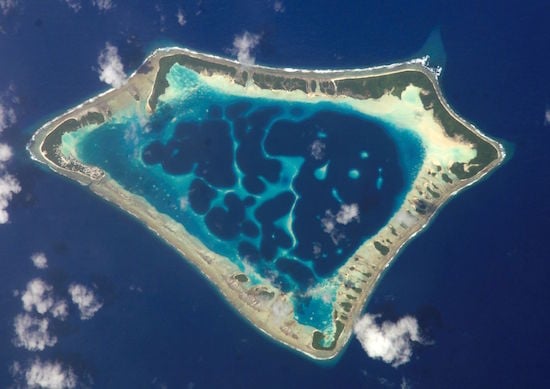 We’ve always known that life is a system, that humans live in social systems.

Greeks personified bits of human personality, then used relationships between those bits as a way of understanding behavior. Why there were heroes and villains. Why some people were just regular guys, unmotivated by mythic forces.

Later, we imagined a system of humors that controlled behavior: a sanguine person—too much blood—was like Santa, generous and jolly and fat. Too much black bile meant melancholia.

In the nineteenth century, phrenologists studied systems of bumps on a person’s head.

Freud came as a revelation, then. Gods? Fluids? Bumps? No. Families

Freud was among the first to suggest that the most influential—ultimately the only—system that mattered was the intimate one you entered at birth.

Probably as soon as someone thought much about Freud’s understanding of the family’s role in human personality, someone else scratched his head and said: wait, why are you just talking to individuals? what about the family?

Took a few years, though, for that head scratch to find its way to practice. Don’t just help one person; consider the family system. In fact, for clinicians such as John Bowlby, Nathan Ackerman, Virginia Satir—developers of certain kinds of family systems approaches mid-twentieth century—working with whole families became a no-brainer.

What that group of scientists realized was that though psychoanalysis taught them to talk to an individual on a couch, or even to hook that person alone to tools that measured brain activity or other vital signs, they’d been missing a huge piece of the picture.

So let’s say you’ve got a good, sturdy stone wall. You take out one piece, adjust it.

You just destabilized that wall.

The point is, you can’t just treat the one piece. You have to acknowledge the wall, the way the wall is a system of stones in which each stone is itself and part of the system.

Brain Training and Family Systems
Since then, researchers have been looking at the engineering of family systems. How they work. How they don’t work. In fact, whole branches of psychology, psychiatry, social science, and medicine have appeared, simply to locate the “best” engineered families, the systems that turn out adults who not only cope well and adapt quickly in a rapidly changing world, but who can enjoy their lives and be creative, innovative, productive members of their communities.

Now we have lots of family-systems-orientated opportunities to become more aware of brain function and the way in which context influences it. Neurofeedback is one of these, particularly when whole families engage it in together. Each member can watch the others retrain the brain, can participate in that training, can be encouraged to talk about and support each other in that brain training. You don’t destabilize so much as re-engineer in toto. Some professional trainers use NeurOptimal® neurofeedback systems to train whole families simultaneously.

We know neurofeedback can help reduce anxiety, calm brains, help people sleep better, be more creative. But no man/woman/child is an island. Neurofeedback for one person? Sure, you can get results. Imagine, though, what might happen if you treat the system, balancing and delicately calibrating the whole kit and caboodle at once. Excellent results will ensue.

Think of it this way. No engineer would try to rework the steering column in a Porsche without thinking about the tires, the chassis, the rake of the windshield. Steve Jobs didn’t just tweak the color of his iPod when he designed it. He thought about how each change would affect the rest.

It’s really simple, something we all know if we’re thinking about it, how we’re all interconnected, all in a system, from the newborn to the great-grandpa. So it makes sense, really, to use brain training strategies we know will work for the whole family, to make changes in the context of systems, as only family-systems-based approaches can.