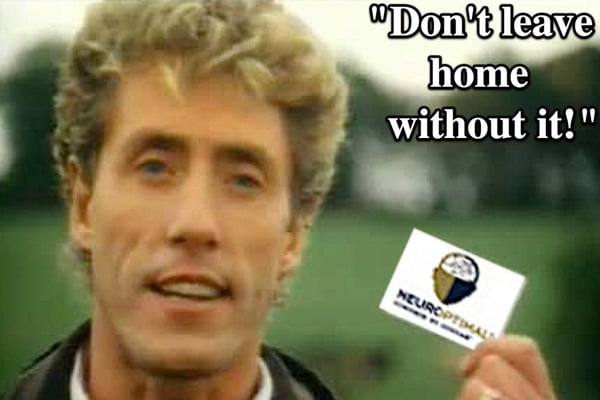 Six reasons you MUST bring along your NeurOptimal® neurofeedback personal trainer when traveling this Summer. Even if you’re packing a MacBook Pro, iPad, iPad Mini and all your smart phones – tote it! You will thank me.

Blame the TSA.  We were already up against a whirlwind family vacation/business mash-up tour of Boston, New Hampshire and NYC (all in 10 days) and my husband was refusing to slog yet another computer through LAX security. He suggested packing it, but I did not want to cram our precious NeurOptimal® Personal Trainer in a soft-sided suitcase. Forget the careless hurling it would have to survive from baggage handlers; luggage gets lost!  Quick flashback to the two weeks spent in St. Lucia with no clothes, no shoes, no bathing suit or razors because Jamaican “No Problem” Air lost our luggage.  For this time-crushing trip, stress  was already running high and patience dangerously low. That alone should have made me hold my ground on bringing our neurofeedback machine.  Instead, I threw out a Cassandra-esque forecast of things to come: heavy downpours of anxiety followed by frequent emotional meltdowns…and that was just me. I didn’t even want to think how my neuro-atypical eight-year-old would cope with such a hectic schedule without the kind of relief neurofeedback provides him. But I gave in. It did seem a little unreasonable to tote around a neurofeedback laptop when we already had two MacBooks, three iPhones and two iPads.

Monster mistake. Here are five reasons why you should always, always pack your personal trainer when you’re on the go:

#1. TRAVELING IS STRESSFUL
From the beginning of this trip, Murphy’s law was definitely in play.

It started with a friend’s girlfriend strapped for cash. We paid her to dog-sit. Then we hired her to chauffeur us to the airport. But she is Serbian and doesn’t always grasp the nuances of English. As in: be on time! She showed up thirty minutes late, putting us in jeopardy of missing our (non-refundable) flight. Luckily, Serbians also know how to drive safely at high speeds. So it was 80 miles an hour all the way to LAX in her rattling junker of a car in which the windows were held closed with screwdrivers. Seriously.

We get to the airport; sweating through all the security checks. We scrape by just in time. Did I mention the compressed schedule made it so we had no time to eat? Stomachs gurgling, we’re among the last passengers to board the plane – a completely sold-out flight at this point. I start to feel my claustrophobia kick in. There’s no A/C. Breaking into a sweat. Fuselage closing in. Trying to hide my pending panic from my son. Where is my neurofeedback system when I need it?! I take three deep breaths; sit down. This is going to be a looooong trip.

#2. WHEN YOUR TRAVEL ITINERARY IS TOO AMBITIOUS…
Every time we’re on the East Coast, we feel an obligation to see family there, even if it isn’t really convenient. What’s 200 more miles when you’ve come 3,000, right?! Wrong!

We landed in Boston, but needed to get up to New Hampshire to visit family, then go back down to New York City for business. Just try and imagine the logistics of that for a second! Given that it was also a holiday weekend, renting a car was actually more of a migraine than taking public transportation. (Yes, you read that correctly). So we spent the night in Boston, did a little gastro-hopping, then caught a bus up to Concord, NH. We thoroughly researched those tiny print bus schedule times, but it turns out we were looking at the wrong bus line. Oops.  So we sat in a bus terminal for three hours with a child whose iPad had just ran out of power. Time for “I Spy”.

Three days with family. Sure it’s only three days, but does that matter? ‘Nuff said.

#4. NEW YORK CITY IS INTENSE
So after Boston, a bus tour of NewEngland and three days of family fun, we’re in the middle of America’s most intense city. Sure it’s only thirty-seven degrees and the heat in our hotel room doesn’t work. We’ll just collect up all our stuff and move rooms. No problem! (At least they didn’t lose our luggage!)

Being a Southern California kid, my son has never experienced real “weather” – you know, the cold stuff. The slushy snow hills were a novelty in Boston, but now the serious chill was getting old. You’ve never seen an eight-year-old hail a cab so fast just to get out of that Arctic wind rolling off the East River.

Turns out a tour of the New York Google offices requires two IDs, a virtual identity pat down and a whole slew of rules to follow. Ironically, inside it’s more like Romper Room than the NSA. Sorry; no Instagram pics of us posing next to the giant employee Lego table or glam shots of the free gourmet food personally prepared by the guy who just won Top Chef. I discover it’s actually stressful refraining from shutter-bugging in the wackiest work environment I’ve ever seen.

Did I mention that, at this point, my son is so exhausted and stressed out from the shuttling between locations that he has a meltdown in the Google “cafeteria” and I slip and fall on an avocado peel? At this point I’m shooting my husband such dagger eyes (I am Sicilian, after all) for not bringing our NeurOptimal® brain trainer, he’s starting to feel actual heat from my stare.

#5. MAKING A GOOD IMPRESSION IS CHALLENGING.
Straight from the Department of Poor Planning: one of our last meetings is with a client at her loft in downtown Manhattan. This was a client we just started working with and hadn’t actually met in person. Someone we’d like to impress. By this point, our neuro-atypical son is in full-on meltdown mode, jumping off the walls, running around the loft like a baby jaguar. Good thing the client runs a non-profit for people who are caregivers and is extremely compassionate. I fantasize about the calm that may have broken out had we just run a neurofeedback brain training session with our son the night before. I again give my husband “the look”.

#6. INJURIES ARE SCARY
So while my husband is off at yet another client location, I decide to burn off some kid energy at FAO Schwartz. What could be more fun than FAO Schwartz! It’s like the Apple store…but for kids! In all the excitement, my son goes running for the front door and slams into an unmarked pane of glass. He stumbles to his feet. A welt appears on his head. We’re supposed to be getting on a plane to L.A. the next day, but I’m imagining sitting in a New York CITY E.R. with gunshot victims.

Back at the hotel, my husband walks in, takes one look at my son’s welt and the glass of wine in my hand and we share a look that says: “Now we know. We will NEVER go anywhere again without NeurOptimal®”.

Finally, we’re back home again. After sleeping 12 hours straight, we’re all elbowing each other out of the way to grab a neurofeedback session. Home is where the NeurOptimal® is.  Take my advice: Never leave home without it.

ROZANNA LEO is a writer who lives in L.A.’s  Arts District with her husband, son and two children with fur.

The writer is a paid consultant for NeurOptimal®