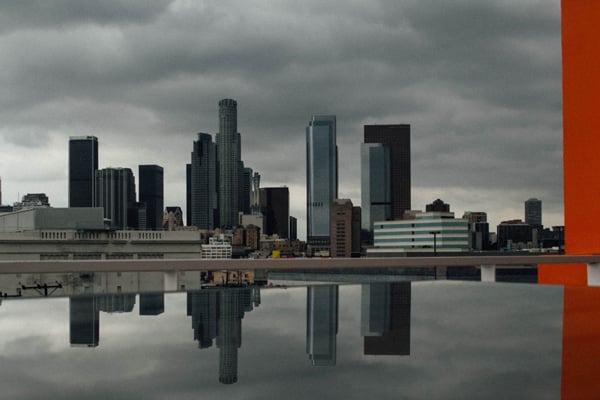 I’m not a born cynic; I’m more of a converted skeptic. It’s a natural evolutionary adaptation necessary for survival in Los Angeles. Ah yes, The City of Angels: where the climate is unnaturally temperate, but the people are volatile and dogged by doubt. Somewhere in West Hollywood, a rehab turnstile awaits the next sweaty-palmed celebrity to pass through on their way to a People Magazine cover. L.A. is  a place where people appear healthy and prosperous on the outside, but whose insides roil with insecurity and fear.

Could you possibly pick a more perfect testing ground to put the NeurOptimal® Personal Trainer through its paces? I think not.

Los Angeles to a neurofeedback training system is what Le Mans is to high performance cars: the track pace is lightning fast; the pressure, never ending and a grueling schedule quickly tests the edge of human physiology.  (Not to say that you can’t squeeze in a little extracurricular activity like Steve McQueen between laps in Le Mans.) And let’s not forget, this town’s core business is show business.  Talk about a Damoclean sword hanging over your head 24/7! Careers are made and fade within a nanosecond. And if you’ve worked in the industry (as I have), you know that behind the glamor and giggles is a brutal scrum of cage-fighter capitalism. Forget it, Jake. It’s Hollywood.

So when I was offered the NeurOptimal® Personal Trainer for a test run, I was skeptical, but open. That too is a natural survival mechanism in a city where today’s frumpy assistant with bad breath and sniffles becomes tomorrow’s head of production at Paramount Pictures. And believe me, Plain Jane is just jonesing for the chance to club you over the head for snubbing her. Even if you didn’t. Ouch.

I was excited when my NeurOptimal® arrived.  But out the box, the Personal Trainer (like Plain Jane) is pretty understated. It looks like, well, just another PC. But what I’d soon discover is this little black beauty is like those modified Hondas you see in The Fast and the Furious: it doesn’t look like much until it blows the doors off your Porsche 911 from a standing start.

I get set up, follow the instructions and attach the electrodes to my scalp. The whole thing strikes me as a little wacky, but the girl in the instructional video is cute, so I actually pay attention. (I have my priorities, after all.) My other critical discovery: the conductive paste used to attach the electrodes makes excellent hair styling product. I need all the product I can get as I have a lot of hair. Feeling and looking a bit like Alex DeLage in Clockwork Orange, I start my first neurofeedback “run”.

The neurofeedback experience is certainly pleasant. The pre-loaded music playing during the session reminded me of “Hearts of Space”, a famous New Age music program here in L.A.. NeurOptimal®‘s chosen music is a hybrid of exotic acoustic percussion and vocal chanting backed with long, echoing tones from electronic instruments. Think Talking Heads meets Tangerine Dream. Computer generated geometrics swirl and tumble across the computer screen against a background of melting, vibrant colors.

The only oddity is the sound of your own brain – literally. The electrodes pick up “turbulence” caused by recurring negative patterns in your brain. These patterns become audible as clicks that interrupt the music briefly to alert your central nervous system to “reset” itself. I found comfort in those pops and clicks as they reminded me of my Dad’s cherished vinyl LP collection. From repeated listenings of The Who’s Tommy,  I got to know every skip and pop under Pete Townsend’s blazing acoustic solo from the rock opera’s opening overture.  So a few minutes into the session, I am really starting to enjoy myself.

The first thing I noticed was how tension slowly, almost imperceptibly began to seep out of my body, In fact, it was as if i had been ambushed by a sense of calm. A creeping serenity seemed to wall out the threats, dread and generally skewed reality fighting for attention in my subconscious. Hmmm.

I ended my session, not feeling perceptibly “different” from when I began. This was one thirty-three minute session, after all.  I wasn’t about to go all Dr. Phil and declare a personal revolution! Yet I couldn’t shake the sense, hours later, that something, somewhere had shifted.  I just could not put my finger on exactly what it was.

Then, that night, for the first time in months, I slept incredibly soundly. I’m talking, like a rock. At the bottom of the ocean. In warm Mediterranean waters. Typically a tosser and turner, I doubt if I moved a centimeter all night.

And the dreams. It was as if someone peeled open my subconscious and injected it with day-glo colors. I recalled vivid, intense images that were both stimulating and surprisingly relaxing. It’s like pulling up a chair and watching your id projected up on an Imax screen.

The next morning I awoke feeling absurdly well rested and centered. What is that about? I didn’t know at the time, but this inauspicious inaugural neurofeedback session would be the start of a real (not Dr. Phil-esque) personal evolution. A cognitive reset. Floss for the brain.

Someone had moved the goal posts while I slept. They were now much closer.