5 Reasons Neurofeedback is The Breakfast of Olympic Champions

5 Reasons Neurofeedback is The Breakfast of Olympic Champions 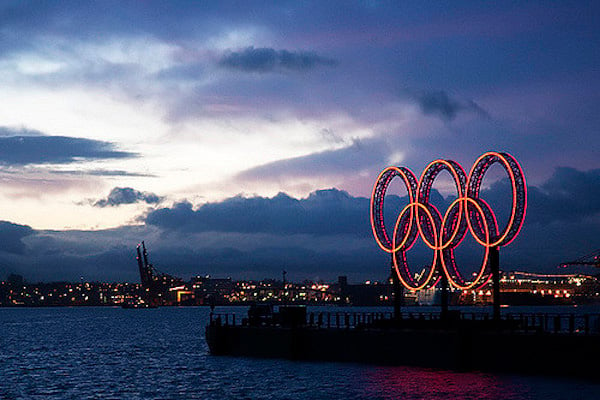 It all comes down to this moment. You’ve pushed your body to its physical limits for four long years now. You’ve assembled gigabytes of performance data and analyzed it ad finitum to maximize you potential. You’ve lived like a monk, keeping a boring routine of practice, critique, sleep; practice, critique, sleep. You don’t have time for real relationships except for those that involve your chosen apparatus and your coach. Vanilla lattes? Ice cream sundaes?! Forgettaboutit; they could potentially throw off your training and performance to that infinitessmal degree that could cost you a medal or worse, lead to a career-ending injury.

Then the moment arrives. The most important twenty-five seconds of your life. The world is watching. Butterfly wings are whipping up a tornado in your stomach. You start performing the routine you’ve practiced for 4 straight years leading up to this moment when…disaster strikes. For one fleeting increment of a second, you lose focus and make a mistake, costing you a shot at glory or even getting on the medal stand.

This is probably recurring nightmare surging through the mind of every Olympian this week. They are no longer “hopefuls”; it’s showtime. Time to perform. Time to capitalize on all your ridiculously hard work and self-imposed, nearly hasidic devotion to your sport or skill. With so much at stake, is it any wonder elite Olympic athletes are turning to neurofeedback training to supplement to their rigorous physical training? Athletes have come to realize that neurofeedback training is the best way keep your mind out of the way so your body can perform at its best.

Much has been made of Olympic Beach Vollyball champion Kerri Walsh-Jennings incorporating neurofeedback into her training routine for the this year’s Olympics. But elite athlete’s use of neurofeedback in the Olympics and other high-profile sporting events is nothing new. The “home team” used neurofeedback extensively in the 2010 Olympics in Vancouver. Alexandre Bilodeau, the Canadian men’s mogul champion credited his gold medal to neurofeedback. He used it effectively to relax between runs.  But neurofeedback’s use as a tool for peak athletic performance isn’t just limited to the Olympics. The NHL’s Vancouver Canucks, after a 20 year post-season drought, skated their way to a 2011 Stanley Cup championship. What did they do differently? Neurofeedback training. Similarly, the Italian National Soccer team kicked up their performance by using neurofeedback and took home the World Cup in 2006.

In fact, brain training seems to be the worst kept secret in professional and Olympic sports. Star athletes from the NBA, NFL, LPGA – even pro rugby players – have turned to neurofeedback for that mental advantage that can catapult them above and beyond the competition. And this makes sense, given what we already know about neurofeedback:

1. For many, Neurofeedback improves the depth and quality of sleep. Can you imagine individuals for whom sleep is more important than elite athletes? Trainers have found that deep, restorative sleep often direct correlates to performance.

2. Neurofeedback may increase neural plasticity, which helps the central nervous system better cope with stress. Few events in life involve stakes higher than professional or Olympic sports. Even the most gifted athletes succumb to Olympic-sized pressures and choke under the gaze of billions of spectators. Case in point: skater Michelle Kwan. She was supposedly a lock for a gold medal in the 2002 Salt Lake Olympics, but fell apart under the spotlight and allowed a complete unknown (Sarah Hughes) to literally walk away with gold.

3. Neurofeedback aids focus. And focus is essential for athletes. But with all the distractions of a major event, it is an Olympic struggle to stay in the moment and not allow one’s concentration to flitter away. As goes focus, so goes one’s performance. A mere milisecond of mental drift can undermine years of training and careful preparation.

4. Neurofeedback can help undermine one-way, negative thinking. Athletes are subject to slumps in sports, not because of what’s lacking in their bodies, but because of what has gotten into their brains. If their performance persistently declines, it is easy for athletes to get in a mindset of, “I’ll never be good again” or “I’ll never break this bad streak”.  Streaks and slumps are the enemies of peak athletic performace, but they are inevitable. You can’t be “on” every single day. Neurofeedback can help one dispense with a bad day or performance without internalizing or obsessing over it.

5. Neurofeedback can help with anti-aging and brain fitness.  Apart from mental slips, the greatest enemy of the athlete is time. Because with time comes age. Physical condition is only one aspect of competition. The brain has to be sharp; resilient, flexible. Ready for lightning-quick changes coming at them from opponents. Athletes have found ways of preserving their bodies longer so they may participate in many more Olympics. But just like their body, the older athlete’s brain is aging. Neurofeedback can help reserve that cognitive edge over time.

So there you have it. The key to optimal Olympic performance is, first and foremost, understanding the indivisible nature or mind and body. More and more, elite athletes seem to be embracing this concept. Perhaps the International Olympic Committee needs to change the title of their ev

ent to NeurOlympics? Or they should add a new Olympic sport: neurobics?

OK, just messing with your heads.

PLEASE NOTE: our offices, including ZenConnect, will be closing at 12PM EST on Friday, January 27, 2023, for Team training.